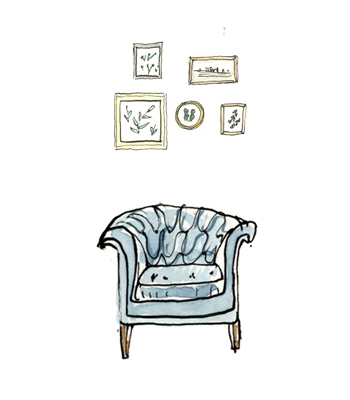 I would love to hear from you.
Please contact me at:

On a sanity-testing afternoon in Toronto, an Aspirin-white quilt of cloud hovering over soggy streets, I’d prefer to cozy up to a quilt of another kind: one by Virginia Johnson. When it’s grey in my soul, there is nothing — short of a one-way ticket Outta Dodge — more restorative than spending quality time with […]

Living in a Material World

“I travel more than emails do,” Lane Pettigrew, unofficial architect laureate of the Caribbean, tells me over the phone from his pied-à-terre in Madrid. Mr. Pettigrew, who grew up in Venezuela in a family he calls “gringos perditos,” trots the globe more than most gmail addresses and spends more time island-side than the average sun […]

If you think the women floating around the Gansevoort South Hotel and Residences look like they’ve starred on America’s Next Top Model, you may be right: The South Beach hotel houses the Wilhelmina modelling agency, ensuring the property is perpetually touristed by ludicrously leggy models squiring their portfolios in one manicured hand and a Maltese […]

OK, I’ll admit it: I’m an Anthroholic. I’ve had a longtime love affair with Anthropologie (and I have the charming summer frocks and decidedly less-charming Visa bills to prove it). I can actually recall my first coup de foudre encounter with Anthropologie on a gloriously sunny spring day in Chicago, and all the inappropriate, weirdly […]

How two Toronto designers reinvented decadence. LUNCH #1: PASS THE CHABLIS It’s a flawless spring day in Manhattan, and the noonday sun is dressing the Hudson River in a sheath of silver sequins: a perfectly opulent backdrop for a luncheon with George Yabu and Glenn Pushelberg. We meet at Perry Street, a Jean-Georges Vongerichten bistro that faces […]